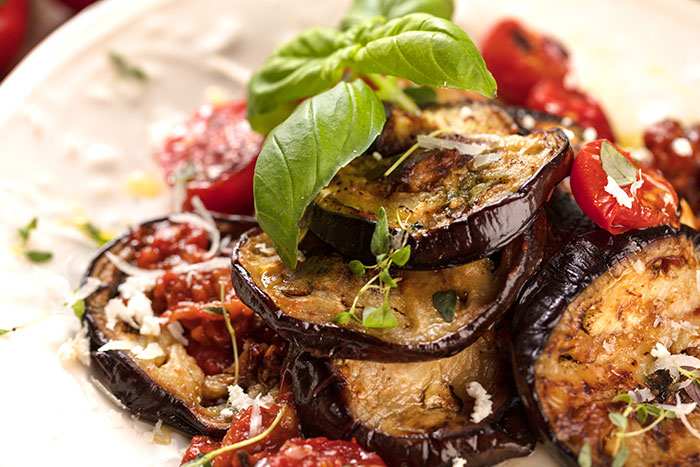 6 ways to optimize the opportunities stemming from a demand for more meat-free menu items.

According to a recent NPD Group report, “Case shipments of plant-based protein from broadline foodservice distributors to foodservice operators increased by 20 percent in the year ending November 2018 compared to a year ago, with all Census regions showing double-digit growth.”

While operators are awakening to this undeniable meat-free movement, many have yet to optimize the opportunity, including 45 of America’s top 100 restaurant chains that have yet to offer a plant-based entrée. (Good Food Institute, January 2019.)

And, yet, simply introducing these kinds of options isn’t enough.

While obviously trendy in and of themselves, plant-based foods have been around long enough to have already established some consumer expectations.

The menu innovation so critical to staying business-competitive calls for going beyond what’s trending and pushing deeper into the category to develop truly original plant-based recipes.

Everyone’s familiar with the Impossible Burger, in part because meatless burgers are clearly the plant-based sales leader (according to the same NPD Group report). But the next big profitable thing in alternative meat or seafood proteins is still out there.

Altruistic ideals, such as animal welfare and environmental stewardship, have some influence when consumers order plant-based foods but, according to Datassential, health perceptions and taste are clearly ranked one and two—and, therefore, should drive preparation decisions.

Cauliflower wings and yuca fries are intriguing but, freshly cut and prepared, they maintain the optimum taste appeal, texture and nutrient integrity consumers expect from plant-based orders—especially given the premium they’re willing to pay for the health benefits attributed to these items.

While innovation is important, the rough where plant-based-food “diamonds” can be found is often already on the menu.

Take Taco Bell, for example, where the chain has leveraged the “38 vegetarian and vegan ingredients and 8 million potential vegetarian combinations already on the existing menu” to create, test-launch and promote a new vegetarian-specific offering. (Forbes, January 2019.)

4. Integrate, Rather Than Segregate, Plant-Based Items

Most consumers are omnivores—or flexitarians, to use trendy lingo. The plant-based market isn’t dominated by diners committed to a vegetarian or vegan diet. And, therefore, they don’t read the menu with that kind of focus.

As a result, when plant-based options are specifically marketed to these no-meat audiences, an operator stands to lose significant sales

As Good Food Institute’s foodservice analyst, Zak Weston, explains in a recent interview for FoodNavigator-USA, “If you see a vegetarian section on a menu and you’re not a vegetarian, you’ll move straight past it. All the research suggests it’s best to integrate these items on the main menu and promote them as enticing and delicious, not something that represents a sacrifice.”

Consumers are also a psychological puzzle sometimes. Even further than integrating plant-based foods into the menu, maximizing sales is also about the words that describe and surround these items.

Countless studies have shown that sales of the same item can dramatically fluctuate based on how it’s marketed.

Food Business News cites a few compelling examples in a great piece that outlines the marketing dos and don’ts of plant-based foods, focusing on specific words to highlight or completely avoid on the menu and in promotional materials.

Trends can get overplayed and the constant drumbeat can cloud decision making.

Plant-based foods are hot and here to stay. But that doesn’t mean the meat market is fading into the sunset. And, unless the restaurant brand was built on an exclusively plant-based theme, the omnivores will still crave, expect and pay for meat options.

Share Article
Foodservice Trends & Equipment Strategies in 2020
December 19, 2019 / Industry News
Nemco’s executive team offers its view of what’s in store for operators on the doorstep of the next decade—and how to capitalize.
Read More
the Big-Chill Change in Food Holding
November 21, 2019 / Industry News
3 major market forces have operators getting stone-cold serious about new ways to hold refrigerated foods.
Read More
The Natural Way to Make More Money
October 8, 2019 / Industry News
As operators consider the appeal of precut produce, fresh is making a big statement in terms of both cost and revenue.
Read More
© 2020 Nemco Food Equipment, LTD. All rights reserved.
Privacy Policy | Terms of Use